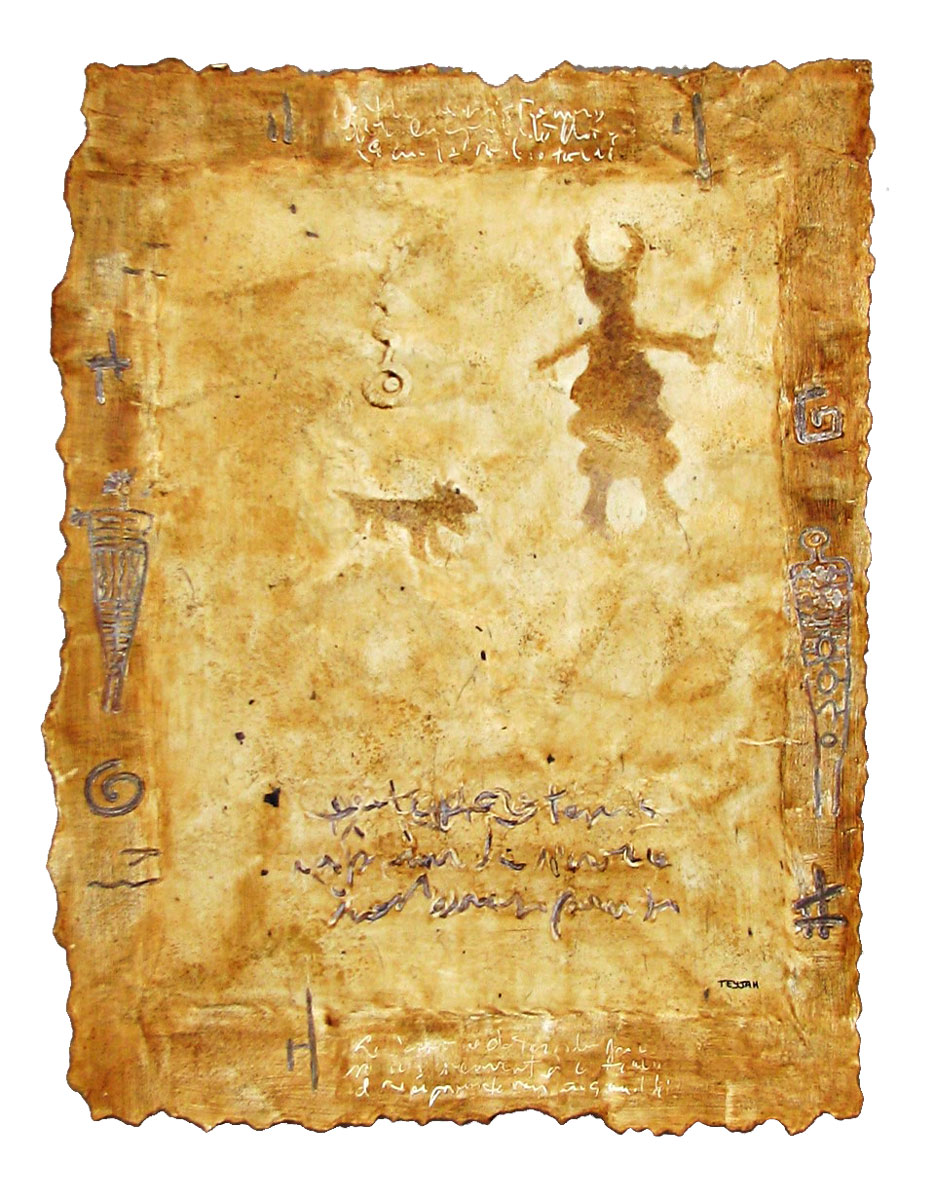 The painting consists of patterned body anthromorphs (attribution of human characteristics to non-living things, phenomena, spirits, or deities) along the seam line of the paper. Anthropomorphism is strongly associated with art and storytelling where it has ancient roots. Most cultures posses a long-standing oral or fable tradition with anthropomorphised animals that stand in for recognized types of human behavior. Some body patterns are derived from visionary imagery while others see these patterned figures as representing the costumed principals of the sheep cult and are considered to have been shaman. The Coso Range in California has many such petroglyphs. Many of the horned figures so common in rock art in many parts of the world represent shamans. The horn almost universally represents supernatural or shamanic power. Many of these horned figures can be found in the Canyon de Chelly area in Arizona. This printmaking paper was torn and burnt on some edges to create an aged look then rice paper was applied. Acrylics were used throughout. The text was inscribed while the paint was still wet and was done intuitively.