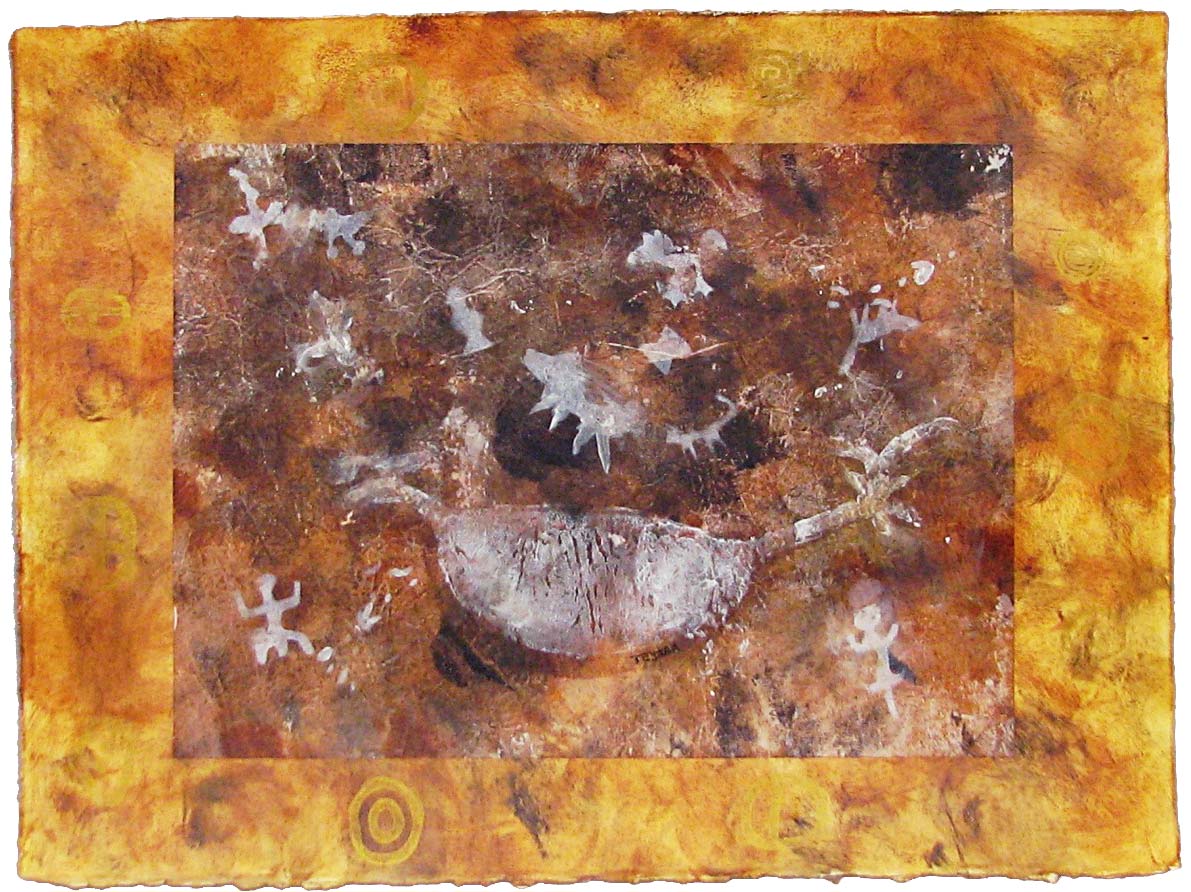 The main theme of this petroglyph has to do with life and death. Two headed animals often represent the birthing process. One head is usually drawn smaller than the other and may represent the invariable head-first appearance of many animals at birth. The two figures on each side of the animal represent the mother of animals and is concerned with reproduction and animal increase as witnessed by the variety of other animal figures in the scene. The top left figure and the animal on the right depict death amongst the beasts. The concentric circles surrounding the painting the sun represents the footprint of Masau god of death and the metamorphosis of nature (from the Hopi culture). This painting was created on printmaking and delicatessen paper. Both papers were textured differently. The printmaking paper had many colors brushed on its surface. The deli paper was simply painted with a light brown and the underpainting was allowed to show through. The white figures were then put on.