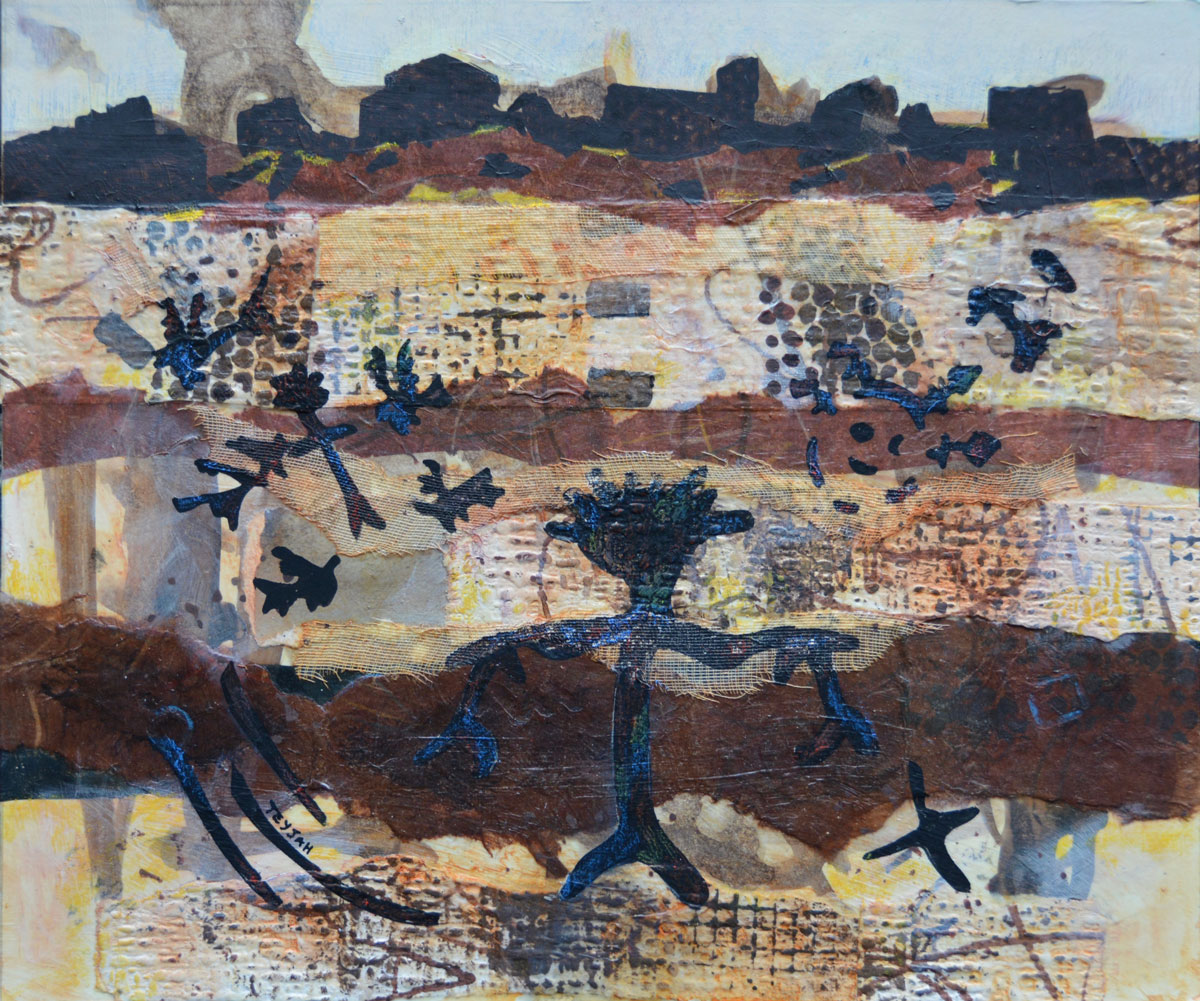 This BC pictogram site is located at the Mara Lake site near Hummingbird Creek. The type of rock is painted on is granite bluff. The main spoken language in the area is Interior Salish.

These pictographs are painted in red except for one which is salmon orange. These panels can be found on the North and Southeast side of the Mara lake site. There is some evidence that this was a good observation spot for looking up and down the lake as there is some evidence of soot on the rock. The main figure has been identified as a human figure with stripped conifer branches in each hand.

The X at the bottom right often indicates that this is a crossed trail. The partial face on the right side of the human figure represents a fancy headdress. Other symbols as interpreted by Leechman at the Mara Lake sites are: trenches dug by girls, hunting scene, a hunter with a bow or spear in his hand and carrying an animal on his head and finally fir branches. The significance of fir branches in ceremonies is not well understood. I know I will usually collect new fir sprigs in the spring and dry them. I use them as an expectorant during cold and flu season.