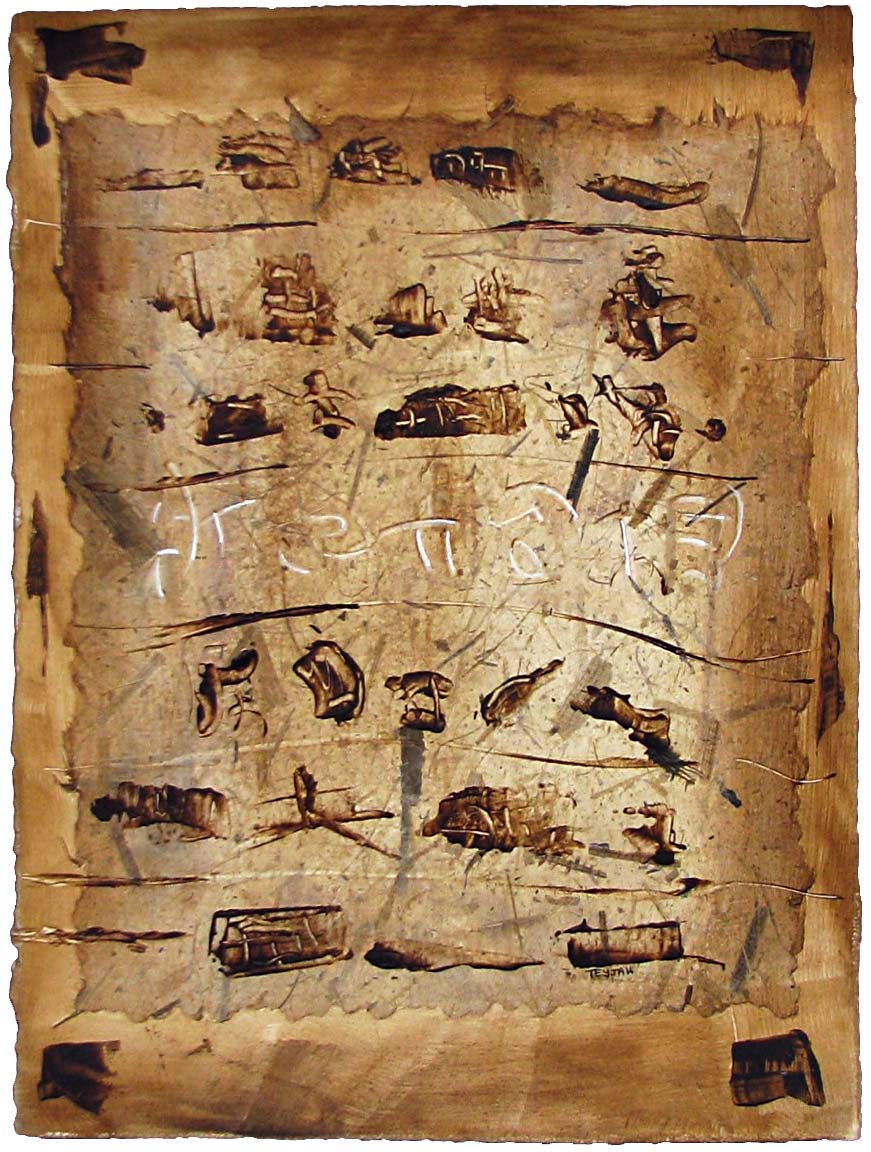 The Story of Time

The story of time is exactly as its title indicates. Its creation was a totally intuitive process which involved my imagining the passage of our time on Earth. This all began when a friend of mine once mentioned a mystical sanskrit word meaning space or aether. That word was akashic records. It seems that on a non-physical plane of existence there are records that contain all knowledge of our human experiences as well as our past, present and future.

I tore the sides of the rice paper by hand to have a rough hewn edge. I painted the sides of the paper as well to create contrast. I kept the printmaking paper color fairly light and used a brayer to spread the color around. The intention was to allow the dark marks on the rice paper surface to relay the message rather than clutter up the sides. The marks were deposited entirely with a palette knife and were spontaneously made. The horizontal lines were laid in to indicate the various layers of time that we may have passed through.